TECHNICAL FAILURES THAT MUZZLE: CENSORSHIP ON FACEBOOK OF THE WORKERS' PARTY IN PARAGUAY 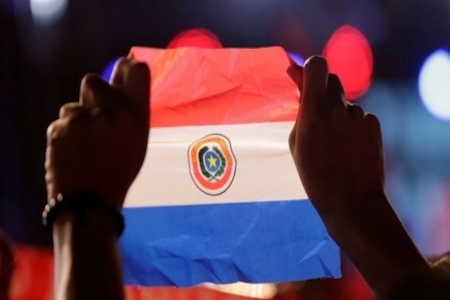 How can Facebook's Community Standards harm freedom of expression in a global context? This case study from Paraguay explores this topic.

The Workers' Party (PT for its Spanish acronym) of Paraguay - a non-hegemonic party with few resources - was subject to censorship by Facebook, forcing the party to take measures to avoid losing its right of free expression on the Internet.

The Case
Last September, the Workers' Party (PT) published an article addressing the imprisonment of Oscar González Daher- former senator and president of the Magistrates Trial Jury (JEM) - an unprecedented case in the country regarding seizure of an elected authority. The article was published on the PT's official website http://ptparaguay.litci.org/ and distributed on social media. Facebook is currently the most popular social network of the party, with more than 8,000 followers and a very active account that makes all the work of the organization visible. However, and to the great surprise of those involved, shortly after the note was published, both the article and the domain address of the website were classified as spam by Facebook.

The above implies several problems: once Facebook classifies a webpage as spam, it automatically stops being shareable in the social network, making it impossible to distribute any information contained in it and by any user of the network, both PT’s social media account and third parties.

Invoking principles such as security, equity and voice, Facebook makes available to different users its "Community Standards", a set of rules that describe what is allowed and what is not allowed on Facebook.

Section (IV) Integrity and authenticity, in its subsection 16 addresses spam and states that Facebook:

"Strive to limit the spread of commercial spam in order to avoid false advertising, fraud and security breaches, which prevent people from sharing and connecting. We do not allow people to use misleading or inaccurate information to increase the number of likes, followers or times the content is shared."

It is important to recognize the efforts of Facebook to make transparent its content moderation processes. When establishing general community standards, it establishes game rules that must be known and respected in advanced. However, each case in particular must be studied, to avoid discrimination and not ending up censoring certain speech.

Transferring the application of community standards to the specific case of the Workers' Party, it is worth analyzing a series of points related to the problem they faced, as well as the specific responsibility of Facebook when censoring a left political party:

Freedom of expression in Paraguay and on the Internet

Freedom of expression is enshrined in the Paraguayan National Constitution. It states in its article 26 that: “Free expression and freedom of the press are guaranteed, as well as the diffusion of thought and opinion, without any censorship, without further limitations than those provided in this Constitution: consequently, no law that makes it impossible or restricts them will be enacted. There will be no press offenses, but common crimes committed through the press.”

At the international level, both the Human Rights Declaration and the International Covenant on Civil and Political Rights of United Nations recognize the importance and the right to freedom of expression. Both instruments have also been ratified by Paraguay.

In addition, the United Nations Human Rights Council, in its 32nd session, explicitly addresses the relationship between freedom of expression and the online environment, by saying that: "Affirms that the rights of individuals must also be protected on the Internet, in particular freedom of expression, which is applicable regardless of frontiers and by any procedure chosen, in accordance with Article 19th of the Universal Declaration of Human Rights of the International Covenant on Civil and Political Rights ".

Thus, freedom of expression is a right widely recognized both at the local and international levels. Digital platforms that store and distribute content must take all necessary measures to ensure a free and safe exercise of this right, beyond taking the specific precautions that can be attributed as private patios that decide what type of content is not acceptable on their platform, i.e: nudity or sexual content on Facebook.

Lastly, freedom of expression in its interrelation with other rights such as access to information, free association and privacy, only further strengthen the importance of its full implementation in physical and digital environments.

The so called Intermediary Liability on the Internet has a series of characteristics that determine precisely the degree of responsibility that is attributed -or not- to an intermediary about content published by a third party.

Depending on the legislations of each country, the above varies. For example, Section 230 of the Communication Decency Act (CDA) of the United States explicitly states that:
"No provider or user of an interactive computer service shall be treated as the publisher or speaker of any information provided by another information content provider".

Thus, online intermediaries that store or re-publish discourse are exempt from a series of laws or approaches that could make them responsible for content published by third parties. However, the above does not mean full discretion on the part of these private companies: When carrying out explicit acts of content removal, the platforms must comply with human rights standards and, above all, allow freedom of speech and access to information of its users in the online environment.

On the other side of the pond, the e-commerce Directive of the European Union  establishes that those responsible for content are the users that publish the content. Platforms are required to intervene or remove content only if they are informed of a specific violation. There is no obligation to actively monitor users activity. However, this will have a paradigmatic shift with the adoption of the EU’s Copyright Directive and the controversial article 13, approved last March.

For Latin America, spaces for reflection that address the issue in a multi-stakeholder way are needed to reflect on the best approaches to ensure online expression and from a human rights perspective regulation. The debate around an approach that satisfies all the parties is far from being solved. It’s going to be an issue that will probably continue in a bidding of powers between different actors and interests of the Internet ecosystem.

The case described is of great concern for two reasons: One, the current way in which the Facebook appeal system is built, and two, the methodology in which the information is available to follow up cases that come out of the Community Standards application. These reasons impact and make it extremely difficult to access information on various topics, including how to unblock a web page that was erroneously classified as spam. This must be solved urgently.

It is also of great concern that the platform still continues to prioritize queries written in English (at least those that are immediately found on the page). Not only is there a clear neglect of the platform in guaranteeing internationally recognized rights, but from a consumer point of view there is a silent discrimination that must be reviewed.

A final issue to be analyzed is how censorship not only impacts freedom of expression itself, but also, as a direct consequence, forces a small party to spend money to continue spreading its work. Resources that otherwise could be used to perform other types of important activities.

Returning to one of the initial points raised at the beginning of the article, some of the measures implemented by Facebook to generate a healthier ecosystem must be celebrated.

Their transparency policies that account for the way in which their Community Standards are being complied with by the company and the type of content they are proactively identifying and removing, are Facebook signals that, although probably responding to economic and maintenance of users interests, can guarantee a better environment to the entire community that inhabits the platform.

On the other hand, the application of these community rules - from a legal and operational point of view - still pose a series of problems that need to be thoroughly reviewed by the company, cases such as the Workers' Party in Paraguay highlight the need to analyze each case with multidisciplinary perspectives in order to ensure a truly healthy online environment, where it is truly guaranteed that everyone's voice is heard.