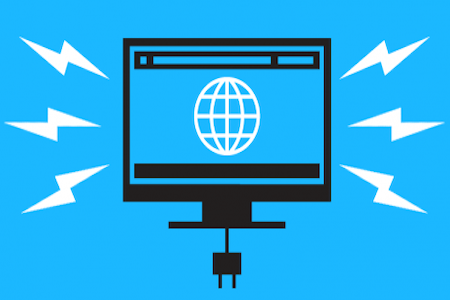 With a marked increase in digital rights violations across the African continent since 2016, citizens have found various ways to protest against governments from using internet restriction as a way to both oppress and repress.

With a marked increase in digital rights violations across the African continent since 2016, citizens have found various ways to protest against governments from using internet restriction as a way to both oppress and repress.

Along with setting up 'iinternet refugee zones', organizing protest activities, and pursuing court cases against digital rights violations (with some success), African citizens have also started to form multi-stakeholder coalitions that support internet freedom. The purpose of digital rights multi-stakeholder coalitions is to apply pressure on governments and other actors to create, abide by, and respect policies that promote internet freedom.

Coalitions often include individuals from a broad range of sectors, many of whom have been directly affected by digital rights violations and can bring a unique voice to the conversation. Many multi-stakeholder coalitions in Africa have included businesses and industries, individuals, activists and researchers amongst others in order to provide a unified voice to stand up against government-led internet restrictions and blackouts.

Unlike some other traditional policy processes, multi-stakeholder coalitions typically endorse principles such as openness, transparency, broad-based collaboration, and equal participation at a basic level. The multi-stakeholder approach is a concept that utilizes a range of tools and methods whilst sharing one foundational understanding, allowing individuals from different walks of life to participate alongside each other, sharing ideas and skills.

On September 13th 2018, just before a scheduled presidential election in Cameroon, one such coalition, entitled the Coalition for Internet Access within Cameroon, made a declaration which set out a proposal for the country's government to implement as a matter of urgency. Stressing the importance of access to information within a democracy (particularly before, during, and after elections), the coalition urged the government to implement UN Human Rights’ Council resolutions and publicly commit to abiding by The African Commission on Human and People's resolution to maintain freedom of information and expression on the internet.

The coalition went on to list several other points for the government to consider, which included a promise to promote and facilitate access to the internet for all citizens in Cameroon, ensuring the country's future development and protecting fundamental freedoms for its inhabitants.

The basic concept behind multi-stakeholder coalitions is that citizens are safer together. By forming pressure groups, they hope to prove the seriousness of their intentions to a government that has carelessly violated their human rights in the past. Gathering people together in this way shows commitment to a particular cause and gives the government a clear message that people will find ways to access an internet increasingly indispensable for the full enjoyment of human rights and for economic success and growth.

Governments including Cameroon's have agreed to support the development of internet provision and protect usage in their countries; however, coalitions are demanding that they reiterate these promises in a public forum along with further developing policy that is more widespread and clear. Issues such as data protection, gender equality in the digital forum, and right to education via the internet are also being brought into the public arena by multi-stakeholder groups, where previously they were obscured by the bigger picture. It's the hope that in doing this, coalitions will encourage more debate on the topic of digital rights as people realize its effects on the whole population, rather than just a minority.