Responses to Tackling COVID-19: State of Emergency, Rule of Law & the Public Good 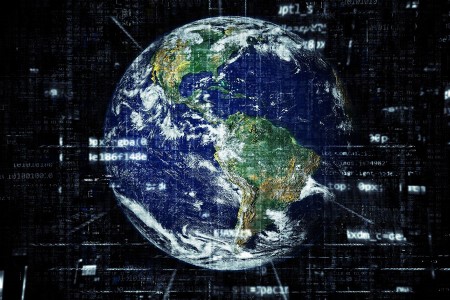 The rapid spread of COVID-19 has led many governments to enact emergency measures that temporarily expand their powers in an effort to combat and contain the virus. However, the measures taken in response - such as citizen surveillance or restrictions on movement - must be carefully monitored to ensure that their "temporary" nature, justified in the name of public health, don't instead become a pathway for the permanent restriction or abuse of an individuals' rights.

Different countries all around the globe are trying a myriad of ways to respond to, tackle and ultimately defeat the novel coronavirus. In an attempt to balance both the protection of lives (and in so doing contain the spread of COVID-19) as well as protect people’s livelihoods, some countries’ responses are hailed, while others are castigated. The likes of Taiwan, Singapore and South Korea are among those acknowledged as those with lessons to teach the world in their effective responses to coronavirus. While on the other hand, Italy, Spain and the US are among those which had or currently have staggering numbers of coronavirus-related cases of infections and unfortunately, deaths.

Technologies are being deployed to combat the disease. On 10 April 2020, Apple and Google were reported to “team up to contact trace COVID-19”. In this joint venture, the two companies will be developing a contact tracing technological tool that will use Bluetooth to enable governments and health officials to contain the spread of the coronavirus through contact tracing. The press release expressly states that “user privacy and security [are] central to the design”. It is reported that the tech giants partnered with privacy advocates “to push back against concerns about potential government surveillance”.

However, as governments undertake extraordinary and unprecedented measures in response to COVID-19, in many cases the temporary expansion of powers granted under “state of emergency” directions can lay the groundwork for the abuse of individuals’ rights. Two cases from southern Africa’s strong democracies - Botswana and South Africa - illustrate how these emergency measures must be carefully monitored to ensure government actions taken in the short-term don’t negatively impact democracy in the long-term.

This unprecedented moment in global public health has prompted a number of countries to institute a state of emergency to effectively respond to the contagious respiratory disease.

On April 2, Botswana declared a “state of public emergency” after four cases of COVID-19 were reported, resulting in one death. Although initially set for a 28 day period, Botswana’s president Mokgweetsi Masisi subsequently proposed to extend the state of public emergency to six months, arguing it was necessary to effectively deal with the ongoing nature of the health crisis.

Despite fears among opposition leaders that the proposal would give the President too much power, it was nevertheless approved by the majority-controlled parliament.

Section 3(1) of the EPA states: “Whenever an emergency proclamation is in force, the President may make such regulations as appear to him to be necessary or expedient [...]” Section 3(3) of the EPA further outlines that: “Emergency regulations may provide for empowering such authorities or persons as may be specified in the regulations to make orders and rules for any of the purposes for which such regulations are authorized” - the “authorities” referred to here may include security forces.

In April, the “Emergency Powers (COVID-19) Regulations, 2020” were attached to the EPA, which outline a number of regulations and policies to be put into effect in response to the pandemic, including restriction on citizen movement. In this case, individual rights are weighed against the public good of public health, and it is arguably necessary. However, what happens when security forces (as the “authorities” referred to in the EPA) go beyond the ambit of their authority for the sake of the “public good”?

In neighboring South Africa, President Cyril Ramaphosa declared a “national state of disaster” on 15 March, followed by a lock-down beginning from 26 March. The South African National Defence Force was deployed to help in the metaphorical fight against coronavirus. Perhaps noteworthy is that South Africa opted to declare a state of national disaster rather than a state of emergency like Botswana. Whereas the declaration of a state of emergency (regulated by section 37 of the South African Constitution) curtails more rights in its attempt to alleviate the emergency recognised, the state of national disaster aims at reducing the extent of the disaster through less radical policy responses.

However, in an effort to quickly curtail the transmission of the virus, the South African government has proposed a number of privacy-impacting measures to manage the current situation surrounding COVID-19, including the use of cellphone location tracking to trace individuals who may potentially have been in contact with those who had tested positive for the novel coronavirus. To capture this data, the initial directive mandated telecommunications providers to give the South African government access to their customers’ data. This has been raised as a concern, namely that the government will use phone tracking for spying purposes during this time when they gain access to so much of individuals’ data. The directive was later amended, with South Africa’s minister of communications and digital technologies commenting publicly that the measures did not mean that the government was “spying on anyone”.

Constitutional rights to privacy around one’s movement are certainly not absolute. In any constitutional democracy, including that of Botswana and South Africa, such rights can be lawfully limited. In South Africa’s case, a limitation of rights should abide by the terms of section 36 of South Africa’s Constitution – where “the limitation is reasonable and justifiable in an open and democratic society […]”.

The model for South Africa’s directives may have come from countries like South Korea, where digital surveillance has reportedly been part of the success in the country’s efforts to contain the spread of COVID-19 – an example to the limitation of the right to privacy arguably for the public good. By using  a variety of data sources that tracks an individual’s movements, such as mobile devices, credit cards, and CCTV, the South Korean government is able to determine whether they would have been in contact with someone who had tested positive for COVID-19.

While this level of tracking has helped to effectively limit the spread of the virus in South Korea, the concerns around privacy are legitimate and should be weighed against the public good – especially as other governments, including African governments, seek to emulate South Korea’s successful approach. Another concern is whether governments will cease the use of these wide scale tracking techniques when COVID-19 is no longer an issue, or if instead such surveillance tactics will be used in the future for purposes for which they were not initially intended. A number of rights-focused civil society organizations concerned about the potential for misuse of these technologies issued a joint statement in which they collectively called for states using digital surveillance technologies to fight the pandemic to respect human rights.

As governments grapple with enhanced powers during the pandemic, it will become increasingly important to monitor how actions taken in the name of the public good respect individual liberties. In South Africa for example, security forces were reported to have used excessive force against individuals accused of defying the lockdown guidelines, and many similar incidents have taken place across the wider continent, often disproportionately impacting those from marginalized or lower economic communities. In April, Botswana’s government had to assuage the concerns of citizens in this regard when reports came in of two people who had allegedly been beaten by the police in the streets of the town of Lobatse. In response to the incident, the government reiterated its assurance to “uphold the rule of law and respect for human rights” during this state of national emergency.

Freedom House has observed a number of ways in which COVID-19 has already been used “as a pretext to suppress independent speech, increase surveillance, and otherwise restrict fundamental rights, going beyond what is justified by public health needs.” And although “state of emergency” conditions are still in their early days, and COVID-19 cases remain relatively low across Africa compared with worldwide figures, it will be important to monitor whether restrictive or rights-impacting measures put in place in response to the pandemic remain so after the virus subsides.

In Botswana for example, in an effort to protect the country’s democracy even during an emergency situation, the President’s extended powers should remain closely monitored; and it should be ensured that temporary restrictions should not become permanent. In the current state of emergency, regulations are at the discretion of the president. While his obligation is to protect the collective health of everyone within Botswana’s borders, to do so he may be faced with the need to restrict some individual rights, e.g. privacy. Botswana is charting into new territories these upcoming months with the six-month period of the state of emergency and it is fundamental - now more than ever before - to “keep democracy healthy in a pandemic.”