The Law Should Work for Us: Addressing Kenya's Regulatory Gap to Build a Safer Internet for Women and Girls 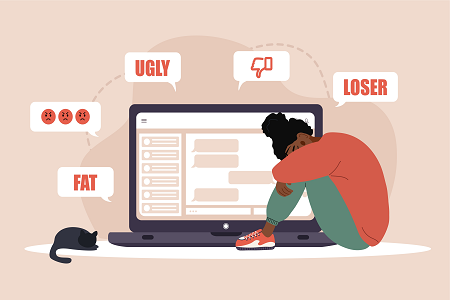 Internews reports that social media is the main source of news and information for Kenyans, surpassing traditional media like radio, television, and newspapers. The COVID-19 pandemic has proven that the internet is a critical way of life, espousing the need to ensure everyone, especially underprivileged communities are meaningfully connected. However, as the world grapples with addressing the global health pandemic, the Web Foundation has highlighted a different type of pandemic - one in which online violence against women and girls is driving them to self censor or ultimately go offline, reinforcing the digital gender divide. Online violence takes many forms, including cyberbullying, hacking, online public shaming, grooming, insults, and trolling. Research shows that women and girls are disproportionately affected by online violence, especially in public domains such as social media and politics.

Several East African civil society organizations have published reports on the negative effects of online violence on women in Kenya. Research shows that there is very limited public awareness when it comes to current legislative, institutional, and administrative measures and possible courses of action that exist to counter online violence. Of the 850 women from Kenya interviewed by Pollicy, very few were familiar with  existing legislation or reporting mechanisms on online violence in Kenya. This finding unfortunately applies to other countries in East Africa as well; the same study found that 95% of the Ugandan women interviewed were not aware of such resources in their own country.

With these staggering statistics  in mind, I undertook a project during my time as an Open Internet Leader to review the existing legislative framework for online violence in Kenya to identify gaps and make recommendations to improve Kenya’s response. The final report highlights various forms and impacts of online violence drawn from country specific examples while consolidating existing research. A review of the legislation shows that Kenya has attempted to legislate against online violence, albeit inadequately. While Section 27 of the Computer Misuse and Cybercrimes Act addresses the offence of cyber harassment, this provision as currently drafted is open to abuse, which can have a chilling effect on freedom of expression. The constitutionality of this section is a matter to be determined before the Court of Appeal, hopefully resulting in an amendment to this section.

The report also examines other legislation, such as national gender and mental health policies on telecommunication, the protection of children, sexual harassment, and penal laws. It reviews the progress of institutions such as the National Computer Incident Response Team - Coordination Centre (KE-CIRT/CC), set up to investigate cybercrimes.

In summary, the report finds that:

While the report includes a number of findings and recommendations, we all have a part to play to realize a safer internet for all. As a first step, to reduce violence online, we all need to be active bystanders, standing up to harassers in direct and indirect ways. Further, we can achieve more if we work together to amplify our advocacy initiatives, especially if women in public spaces are able to utilize their wide reach to amplify campaigns. Civil society campaigns should be informed by existing research and give priority to creating awareness on reporting mechanisms, building safe communities for victims, training or publishing simplified information on cyber hygiene, and advocating for legislative reform. Platform designers should prioritize safety and ensure that reporting mechanisms are visible and easily accessible.

Finally, I call on national human rights and gender institutions in Kenya to take more action against online violence by reviewing gender laws and policies, creating awareness and undertaking more activities to ensure we all access a safer internet.

File
The Law Should Work for Us.pdf