THE IMPACT OF DIGITAL RIGHTS VIOLATIONS ON AFRICAN ECONOMIES 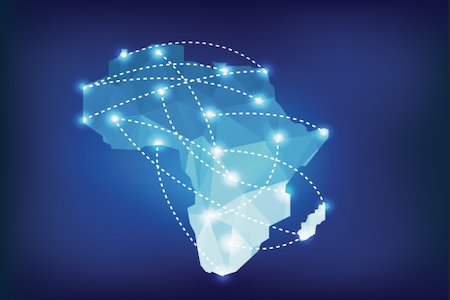 If internet shutdowns become the norm across Africa, the economic development of the continent will severely stagnate, as a large majority of African entrepreneurs, business owners, and technology innovators rely on an open and trusted internet to thrive.

Historically, access to the internet in Africa has been low, with high costs and patchy service. Although internet penetration rates are lower than in other regions of the world, Africans from across the continent still gather online to express their views, share ideas, and engage in economic activities. However, digital rights violations, resulting from government pressure on telecommunications companies, are effective in creating repressive conditions for Africans because they strip citizens of their ability to take part in the digital economy and to organize and converse online. Furthermore, digital rights violations across the African continent have been on the rise, causing substantial economic loss.

In recent years, the number of internet disruptions and shutdowns around the world, including in Africa, have significantly increased.  If internet shutdowns become the norm across Africa, the economic development of the continent will severely stagnate, as a large majority of African entrepreneurs, business owners, and technology innovators rely on an open and trusted internet to thrive. When an internet disruption or shutdown prevents the ability of many citizens to work, families quickly begin to slip into debt and poverty.

According to Access Now, during the 93-day internet shutdown in the English-speaking areas of Cameroon, "a conservative estimate pegs economic losses from the shutdown at a minimum of 4.5 million USD".  Although English speakers make up only 20% of the country's population, this was a huge economic loss for a relatively small geographical area. Anglophone Cameroon is often referred to as Silicon Mountain due to its profusion of innovative technology start-up companies. The amount of transactions from Silicon Mountain has been severely damaged and curtailed by internet shutdowns, affecting future generations in the area, whose prospects will be limited as progress stalls. To push back against the 93-day internet shutdown in the region, tech companies created an internet refugee camp where businesses could trade online without inhibition. But will such defiant moves be enough to protect an economy that is already unstable?

The economic impacts of a closing internet space can also be seen through the usage of social media taxation. In July 2018, a social media tax of 200 shillings (0.05 USD) was introduced in Uganda. This was closely followed by taxation on internet phone calls, by the Zambian government the following month. Ugandan president, Yoweri Museveni, claimed that the tax was necessary to protect citizens from sites like Twitter, which encourages gossip. The Zambian government, on the other hand,  claimed that their daily charge was introduced to protect the telecommunications industry. Several civil society advocates view the introduction of the taxation as a threat to Africa’s economy, given that innovation and entrepreneurship often takes place online.

As tactics and efforts to quell dissent and prevent the open sharing of ideas and goods continue, it is crucial to push back and advocate for an internet that is open, secure, and democratic. To pressure governments and decision-makers, it is useful to showcase economic loss as a result of digital rights violations. The Open Internet for Democracy Advocacy Playbook is one new resource that outlines a variety of different approaches that advocates for digital rights can use. To read the Playbook and share your ideas, visit https://openinternet.global/playbook..