The Economic Impact of Nigeria’s #TwitterBan: Context and Implications 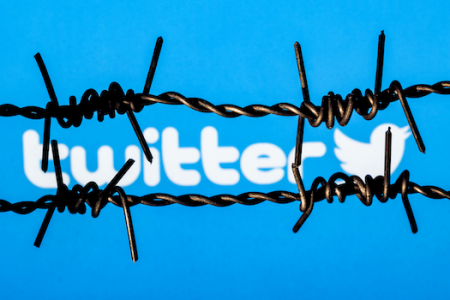 NetBlocks’ Cost of Shutdown Tool (COST) estimates that the Twitter ban continues to bleed the Nigerian Economy of at least $6 million USD daily. Computing this figure over the number of days that the Twitter Ban has been in existence, portrays a clearer reason why this situation necessitates urgent action. Before the ban, Twitter ranked as the second social media platform with the most usage, behind Facebook – a ranking that has declined rapidly since the ban was instituted on June 5, 2021.

As of 2021, an estimated two-thirds of Nigeria's population is under the age of 30, with a national median age of 17.9 years. A majority of Nigeria's unemployed and underemployed population falls within this age group, and thus, comprises the vast majority of the estimated 28 million active users who turn to platforms like Twitter to enhance their livelihoods for business, professional development, and career networking.

It is also noteworthy how the Nigerian technology industry contributed about 9.91% to the country’s gross domestic product in the first quarter of 2021 alone – ultimately becoming a lifeline for an ailing economy that was yet struggling to survive the scourge of a global pandemic.

The Twitter Ban was quickly followed by a directive to prosecute any Nigerian found to be using Twitter, but a ruling of the ECOWAS Court stayed this directive. A coalition of over 170 civil society organizations and individuals dragged the Nigerian Government before the ECOWAS Court, challenging the Twitter ban and its associated sanctions. Access Now has also called on the Court to overturn the ban, but much is still awaiting tangible action.

On the morning of June 5th (few hours after the Ban was announced), the #DearGovernments Organization had published a communication across its Social Media channels, calling on the Nigerian government to look beyond the glaring political sentiments that were being touted as the premises of the ban, and consider the broader picture of the economic, technical, and socio-cultural challenges that would become the consequences.

Looking back at the events that led up to this ban by the Nigerian government, the realities that have trailed this unfortunate fact, and trying to bring into perspective what lies ahead, here are two emerging theses that reflect what might indeed be the long-term consequences of this ban.

Thesis One: The Twitter Ban in Nigeria is, in reality, the pilot implementation of some of the blanket specifications of the Protection from Internet Falsehood and Manipulations Bill, 2019 (aka Anti-Social Media Bill, 2019) that has been widely antagonized and resisted; albeit, without the fangs of legal authority.

On the 26th of May (10 days before the ban), the #DearGovernments Organization, in collaboration with the Internet Society Nigeria Chapter, hosted a multi-stakeholder event to present the findings and recommendations of the IWN Impact Assessment Research Project of this proposed bill; which was carried out by DearGovs under the supervision of ISOC.

At this event, it was underscored the dangers that implementing certain parts of this proposed regulation could portend for the critical properties that power the technical functions of the global Internet, as well as the economic and socio-cultural consequences that could emerge as a result. However, through this ban, it seems that the Nigerian government has gone ahead with implementing a pilot test of the very specifications contained in the Protection from Internet Falsehood and Manipulations Bill, 2019 (aka Anti-Social Media Bill, 2019).

Now in effect for over 100 days, this pilot scheme seems to have succeeded better than the government had even anticipated. If there are no direct consequences to the arm(s) of government that were involved in this unfortunate situation (either by way of sanctions, compensation payments for damages and losses, or reprimand), which is widely feared might never be the case, then this might only be a harbinger of worse things to come.

Thesis Two: Nigeria's Twitter ban would have some very permanent (possibly irreversible) consequences for the Nigerian economy. Here is, perhaps, the first:

Twitter has recently moved its regional headquarters to Ghana, citing the country's support for "free speech, online freedom, and the open internet". Now, here is the twist: Statista estimates that as at the first quarter of 2021, Ghana had roughly 8 million active users across all social media compared to Nigeria's 33 million active social media users. . Given that this figure  exceeds the entire population of Ghana; one might yet remain unconvinced by this move.

But when considered in light of how start-ups rely on a thriving social media presence to grow their brands, engage with their customers, and market and advertise their products and services, it is easier to understand why Twitter has, ostensibly, relocated its regional headquarters. In Ghana, Twitter can enjoy the ecosystem of thriving next generation pan-African technology start-ups that may soon begin to emerge in an environment unhindered by government restrictions on social media, while still maintaining a nearby presence for its largest regional client base in Nigeria.

With this precedent set by Twitter, and under the ongoing circumstances, it would be a very welcome miracle should Facebook decide to make good its September 2020 announcement to open an office in Lagos by the end of 2021.

It is easy to wonder how a “simple” ban of a single social media platform in Nigeria has generated so much controversy that attracted the attention and condemnation of the international community. After all, one might argue that the same has occurred in many other African countries, and it was hardly a matter for much international debate. But then, the real problem here is not necessarily about Twitter and the services of the technology giant. There are two fundamental issues that this ban ultimately spotlights, with the trail of realities that have followed since it was established.

The first pertains to a growing atmosphere of disdain for human rights and democratic values that has characterized the activities and “body language” of the incumbent Nigerian government in the last few months and years. The burning desire of the government to muzzle dissent, and unilaterally decide what information is communicated to the public, including exactly how such information is to be communicated, continues to pose an insidious danger to the future of democracy for the Nigerian state. Beginning from the recent mass public protests against police brutality and corruption across all level of governments, and then the incessant human rights abuses being perpetrated across the country as government stands idly by, the government has had cause to worry about the role that Twitter (and indeed, other social media platforms operational within the country) has played in shaping public debates and discussions about critical issues of governance.

The second has to do with the growing anger of an outsized youth population towards an incumbent government that they feel has done nothing for them, but yet proceeded to seize one of the lifelines provided by technology that has helped them begin to take back control of their own lives and futures.

Altogether, a nagging fear continues to persist regarding what might be the future of Nigeria’s democracy, with less than two years until the next general elections.

Emmanuel C. OGU is a consummate Computer Scientist, a Chartered IT Professional, an Advocate for Digital Rights & Freedom, a Cybersecurity Specialist, a Technology Governance & Digital Development Expert, and a Sustainable Development Researcher. He is a 2020 Youth Ambassador of the Internet Society (ISOC) to the Internet Governance Forum (IGF), with more than 7 years cumulative experience working at the intersection of Cybersecurity and Information Technology with the domains of Public Policy, Sustainable Development, and Internet Governance.

Emmanuel is Founder / President of the #DearGovernments Organization - a dynamic and fast growing Youth-led Intervention against the rising tides of regulatory impropriety by governments around the World. Learn more about the Organization, and our Approach.