AS BOTSWANA HEADS TO THE POLLS, COMPETITIVE ELECTIONS HIGHLIGHT NEED TO STRENGTHEN MEDIA AND DATA LAWS 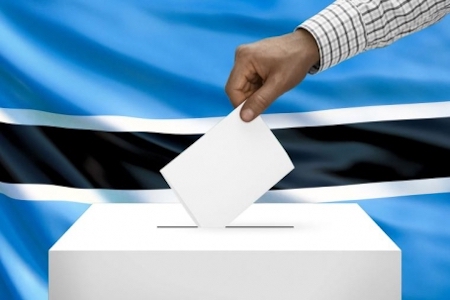 An electorate ought to be empowered to make their own political and socio-economic decisions, and as such, a public sphere where information is transmitted, received and debated should be protected and augmented by policy-makers as a bipartisan issue to guard against any potential anti-democratic forces that technological proliferation has the potential to foster, particularly in times of heightened pressure including elections. Botswana, often heralded as the so-called "African poster child", is no exception.

Botswana, an upper-middle income African country, turned 53 on September 30th, having gained independence from Britain in 1966. For these past 53 years, although democratic elections have taken place, this landlocked country in southern Africa has been under the leadership of the Botswana Democratic Party (BDP). In the run-up to this year's national elections, scheduled for 23 October 2019, the political climate is unlike anything before, as the BDP faces strong opposition to its 53-year reign. The former president, Ian Khama, had selected the incumbent president Mokgweetsi Masisi as his successor; however, he has since had a public fall-out with Masisi over policy differences, leading Khama to leave the BDP (a party his late father co-founded) to form another in 2019 called the Botswana Patriotic Front (BPF) which was officially launched in July 2019. On the other hand, an opposition coalition has been created under the name Umbrella for Democratic Change (UDC); and similarly a relatively new party has emerged into the political scene known as the Alliance for Progressives (AP) which was launched in 2017. The competitive nature of this year's elections resulted in Botswana's first-ever presidential debate that took place on 16 October 2019. The historic debate saw the presidential candidates from the four confirmed political parties face-off with one another and speak directly to the people of Botswana.

The presence of a pluralistic opposition will help serve as a litmus test for the democratic process when the 925,000 registered Botswana voters will go to the polls on the 23rd. However, one aspect that has been a cause for concern – prevalent in both the global South as well as the global North, is the ability of a country's legal frameworks and election infrastructure to ward off anything that may challenge democracy, such as: fake news and misinformation, external interference and digital authoritarianism.

Global online freedoms are becoming less free around the world, even in countries with strong democratic institutions and regulations. The internet is a strong platform for both ill and for good, feeding both democratic as well as anti-democratic energies. In the run-up to Botswana's 2019 elections, all four confirmed presidential candidates (to varying degrees) are using various forms of online engagement to connect with the electorate, such as Facebook live sessions as well as through the use of hashtags and online banners: the AP – #VoteAP, #ImagineANewBotswana; whereas on the BDP's side, it has been #ItsEasyWithMasisi, #MokgweetsiWaLona; BPF – #KeNako; UDC – #AskDumaBoko, #BokoForBotswana.

Concerns around the rising use of social media around election time is not without cause. Following the UK's Brexit vote and the 2016 U.S. elections, studies have been conducted on the role social media plays in mobilizing action e.g. the book Political Turbulence: How Social Media Shape Collective Action; while others have debated the extent of a siloed and fragmented internet as well as the spread of misinformation through digital means in democratic societies during heightened moments of political pressure. In order to defend democratic societies against the anti-democratic forces that the internet has the potential of fuelling, particularly in the case of Botswana, it is important that policy-makers are proactive and not reactive to such possibilities. That is, developing robust soft and hard infrastructure, namely policies and physical infrastructure, to protect democratic systems – this is an important requirement, and media laws are critical in this regard.

The Constitution of Botswana protects the right to freedom of expression (see section 12), including "the freedom to receive ideas and information without interference, freedom to communicate ideas and information without interference and freedom from interference with his or her correspondence."Section 12(2) enumerates exceptions to the freedom of expression which, among others, are public safety, public order, etc. However, these clauses are insufficient in addressing the additional legal frameworks required to protect the "soft infrastructure" components associated with freedom of expression. For example, Botswana  has neither a targeted media law, nor an access to information law. Although a Freedom of Information (FOI) Bill was presented in Parliament in 2010, it was rejected in 2012 and not passed as law. The aim of the Bill was to help members of the public gain access to operational information of public authorities. Coincidentally, the FOI Bill was brought by a candidate who is currently running as a vice-presidential candidate for the main opposition presidential candidate (the UDC) in the 2019 national elections. Access to (accurate) information is vital for the electorate to make their political decisions in democratic societies, hence the importance of legislation of this nature to mandate the transparency of governments.

A number of socio-political issues are on the agenda as politicians seek to gain last-minute support from the electorate who are bracing themselves for the upcoming elections. When it comes to the FOI Bill, it too is potentially on the agenda. However, the FOI Bill as it was in 2010, while it was a step in the direction at the time, would need a  number of necessary reformations for it to be relevant today. Botswana has the Cybercrime and Computer Related Crimes Act as well as the Data Protection Act (DPA). However, the DPA still requires a Data Protection Commissioner to be appointed for it to be fully operational. Additionally, both legal frameworks arguably protect individuals from other private individuals or service providers; yet such regulations also need to be tailored to specifically protect citizens from automated surveillance and the use of private data by the government itself and to enable a level of transparency from the government. As the debate on data sovereignty rages on, an updated FOI Bill would need to address issues of what governments do with private digital data they collect or come in contact with, especially the data collected through government-led surveillance activities. Whether a similar-kind of FOI Bill will be considered following the election, only time will tell.

In Botswana, the drastic step of a government-mandated internet shutdown (as sometimes taken in other overtly authoritarian countries) is unlikely. Although according to the Economist Intelligence Unit's Democracy Index, Botswana falls short of being a full democracy and is categorised as a "flawed democracy" – the same category as South Africa as well as the United States. Botswana is also not among the 22 African countries that have had government-orchestrated internet shutdowns. However, robust media and data protection laws are imperative to guard against the potential adverse effects of the negative anti-democratic forces that the digital age can cause. Repressive technological models are easily exportable, particularly as technologies themselves can be used to promote digital authoritarianism.

As this is a time of introspection for various political camps in Botswana, going forward policy makers should seriously consider passing robust media laws (such as a FOI Bill) as well as cultivating a democratic standard of digital governance. Silence on these issues from a regulatory standpoint makes Botswana vulnerable. It's important that Botswana domestically addresses these so as not to be a spectator to agreements that take place at the global level, as was the case with the Osaka Track framework which was a topic of discussion at the G20 Summit in June 2019. Additionally, having a set legal framework on media and data laws provides a set of ready guidelines that do not depend on the arbitrary handling by the administration in power. In a country like Botswana where the internet penetration rate stands at 18.5% in a population of approximately 2.1 million, more than half of the population is offline and many receive their information through other media forms, such as radio, television, and print media. However, robust media laws have the potential to significantly affect those who remain offline as digitalisation spreads.

An electorate ought to be empowered to make their own political and socio-economic decisions, and as such, a public sphere where information is transmitted, received and debated should be protected and augmented by policy-makers as a bipartisan issue to guard against any potential anti-democratic forces that technological proliferation has the potential to foster, particularly in times of heightened pressure including elections. Botswana, often heralded as the so-called "African poster child", is no exception.